As more drivers opt for electric, Zoe Williams takes the Tesla Model S for a spin

This is the most unscientific analogy to use about the most incredibly scientific car, but you know when you’ve been out with, say, three Sagittariuses (Sagittarii?) in a row.

You think, each of those was very delightful in their own way, exciting, adventurous, yada yada, but I would not do a Sagittarius again because they’re just too unreliable.

That’s what I always felt about the electric car. Watching the mileage vanish in a BMW i8, 16 miles of charge left one minute, wham, 50 yards later, you’re down to your last four, with a boot full of shopping and no charger in sight; stranded in a service station, halfway between Oxford and Manchester in a Hyundair Ioniq, staring down the barrel of spending three hours next to a plug, smiling half-heartedly at the people checking their tyre pressure. 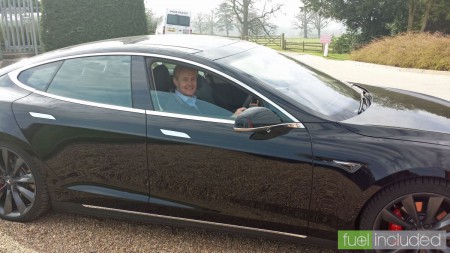 It just isn’t worth it. This may be the future, but thanks, the future isn’t for me.

And then I met the Tesla; and oh my God, I’d fallen for another archer, except this time, it was also Brad Pitt.

Obviously, this car is the brainchild of Elon Musk, and though there are faults to find in Musk’s temperament and these might predispose you against his invention, forget it. Surrender is inevitable.