Ahead of the Paris Motor Show today, Renault has unveiled a new ‘affordable’ all-electric crossover: the Renault K-ZE.

“Groupe Renault was a pioneer and is the European leader in electric vehicles. We are introducing Renault K-ZE, an affordable, urban, SUV-inspired electric model combining the best of Groupe Renault: our leadership in EV, our expertise in affordable vehicles and in forging strong partnerships”,

The French automaker announced the vehicle as being “affordable”, but didn’t release any pricing information. 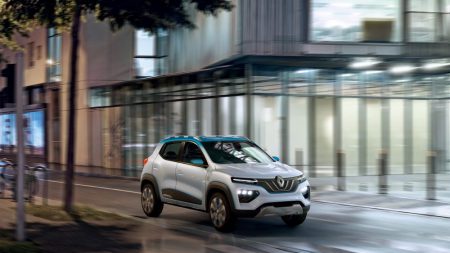 More information will be available when the vehicle is released next year.

They first plan to make it available in China and Europe will follow a year later.

The only spec that they confirmed is the range, which they claim is 250 km (155 miles), but they used the NEDC cycle for some reason: