In an aggressive scenario, electrified transportation could displace 8 million barrels of oil per day.

When Tesla announced that it had built 7,000 cars in a week, I got excited. Even though electric vehicles (EVs) make up only a small percentage of new car sales in most countries, those sales are growing rapidly.

But how long before they really start to take a bite out of oil demand? 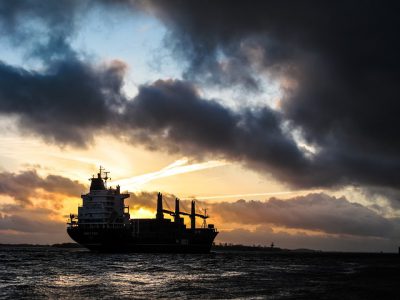 Norway offers some clues, where years of generous—some would say unsustainable—incentives saw EVs and plug-in hybrid sales grow to 55% of the new car market in March. And the cumulative impact of those sales may have FINALLY translated into a drop in overall demand, with gasoline in particular seeing a 2.9% drop in sales.

Of course 2.9% is not exactly groundbreaking, but it’s important to remember that change is rarely linear. If it really is due to electric vehicles, then that figure should grow each year as adoption rates increase and older model gasoline cars retire from the fleet. And that, in turn, could lead to further drivers like gas stations closing, or lower resale value for fossil fueled vehicles.

Similar dynamics will be at play on a global scale, albeit many years behind. Now the carbon/finance geeks at Carbon Tracker have launched an interesting EV Demand Displacement Tool that allows users to explore how rates of EV adoption, mileage and efficiency gains in internal combustion engine (ICE) cars might interact to displace oil demand, and how that in turn could lead to major disruption for investors and volatility in oil pricing.