MG is broadening its EV line-up with the new MG4. Ted Welford gets behind the wheel.

The modern-day MG is a far cry from the one that produced classic British sports cars, but it’s proving no less successful. Owned by Chinese automotive giant SAIC Motor, MG is the fastest-growing car brand in the UK and sales have grown by 70 per cent in 2022 alone (up to the end of October).

It now sells more cars here than the likes of Land Rover, Mini and Skoda, and much of its success has come from its electric models – the ZS EV crossover and MG5 estate. The brand is now expanding further with the new MG4, its first electric hatchback and one that’s set to grow this brand even further. But is it set to succeed?

The MG4 is the first model to be based on a new electric car platform. (MG)

The MG4 is the first model from the firm to use a bespoke EV platform that will go on to be used in a number of electric MGs in future years – the key advantage to this being that it’s rear-wheel-drive and uses a thin battery that takes up minimal space. 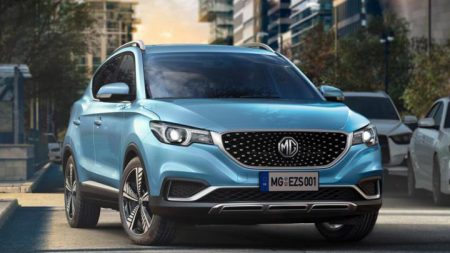 The MG4 also shows a more adventurous design direction for MG, though more on that later. But crucial to the appeal of the MG4 is its price, which starts from £25,995, and undercuts rivals by a significant chunk of money.