To solve the energy crisis and green the grid, we need to massively ramp up battery storage to help power the national and international grid; the successful trials of ‘Vehicle to Grid’ technology proves that electric vehicles could do just that, argues Aidan McClean, CEO of UFODrive.

Furthermore, charging the car during periods of high renewables generation and powering the home during fossil fuel generation (when renewable sources aren’t producing) allowed for reductions in carbon emissions of at least 25%, with some achieving 100% when timed correctly. 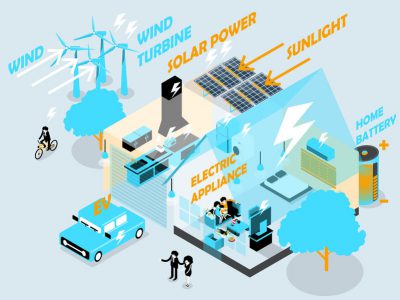 At a similar time, an Open Letter to the European Commission was penned by major market leaders in battery storage technologies. It argued that Europe’s net zero, geopolitically independent energy goals, summed up in the REpowerEU plan, require a huge increase in battery storage infrastructure.

This letter argues that a renewable-powered grid needs a backup energy source when the sun isn’t shining or the wind blowing. Traditionally, this may have been gas, but this is now clearly not feasible due to the EU’s over-reliance on Russian gas supplies.