CAR BUYERS are beginning to focus on EVs as half of all new car buyers want battery power.

The speed of the switch to electric vehicles (EVs) in the UK continues to surprise the automotive industry and a new study says almost half of all buyers in the UK are now seeking to purchase a fully battery-powered vehicle.

Some 49 percent of drivers looking to buy a car said they would now choose an electric vehicle, more than double the 21 percent of just two years ago. 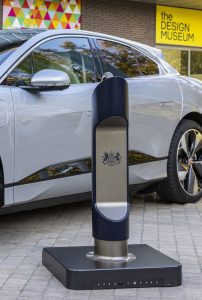 The survey by accounting firm EY revealed that a combination of factors including the cost of petrol and environmental benefits are driving the change.

EY said the speed of the change was “eye-opening” with manufacturers now needing to make sure they are catching up with demand, reported the Telegraph.

“Nearly 50 percent of consumers across the UK indicating that they want an electric vehicle is a significant milestone in the transition from internal combustion engines.

“Consumers are becoming increasingly socially and environmentally conscious, and they’re willing to pay a premium to meet their environmental standards.”

However despite the rise, motorists here still lag behind a country such as Italy, where almost three-quarters are planning to buy a battery-powered vehicle.