(CNN Business)Ford is creating two new business units, one for electric vehicles and software and another for its traditional internal combustion vehicles. These companies will report their financial results separately from the rest of Ford but they will not be spun off as entirely separate companies.

This new corporate structure will allow investors to more clearly see the value of the two types of business, Ford (F) chief executive Jim Farley said, but it will not enable investors to buy stock in just the EV business. Farley said he had considered a full spin-off of the electric vehicle business, but it was simply too difficult to entirely carve it out as distinct from the rest of Ford’s operations. Also, he said, there was no need to sell stock in a new company.
“We have enough capital,” he said. “We can fund this ourselves.” 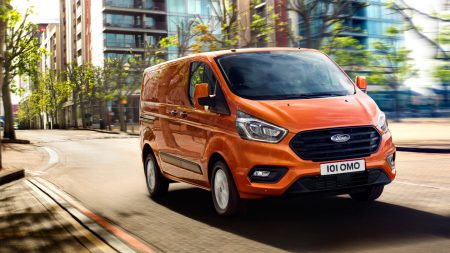 Farley, himself, will lead Ford Model e, the division focused on electric vehicles, technology, and software. Kumar Galhotra, president of Ford’s international business unit, will lead Ford Blue, the internal combustion business.
Model E is a play on Ford’s famous Model T, the car that popularized automobiles in America in the early 20th century. Tesla had once wanted to use the Model E name for its own more affordable electric car — the company’s model names would have spelled out S-E-X-Y, had it been successful — but Ford presented a legal challenge, thanks to the long-running production of Ford’s E-series van. Tesla ultimately named its vehicle the Model 3, instead.
Read more: cnn