With much of the UK today being battered by Storm Eunice, sparking the strongest wind on record in the south to massive snowfall in the north, a number of households are already experiencing power cuts, with more predicted for the weekend.

For those suffering this unfortunately consequence, if they have one of the latest Korean electric cars on their driveway they will be able to keep their home appliances running for days.

That’s because the £37,500 Hyundai Ioniq 5 and £41,000 Kia EV6 boast a feature that turns the vehicles into mobile power stations that can charge laptops, power a fridge or even watch TV for hours on end. 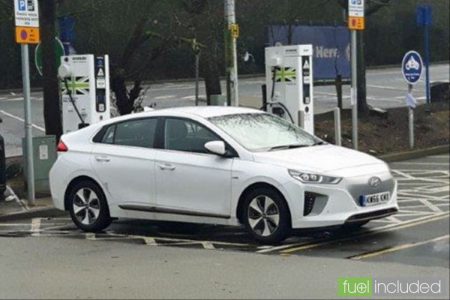 The electric SUVs both have something called ‘Vehicle-to-load’ (V2L) technology, which consists of a three-pin adapter that plugs into the cars’ charging sockets to take electricity directly from the lithium-ion battery so you can boil a kettle even when your house has no power.

While electric cars are undeniably expensive to buy and certainly not to all tastes, they offer one big benefit to owners if there are power cuts and blackouts for prolonged periods.

The sister Korean brands have developed ‘built-in bi-directional chargers’ that can take electricity away from the lithium-ion batteries as well as send it to them – tech that’s expected to feature on most new electric models.

Bi-directional systems are designed to allow plug-in vehicles to send electricity stored in their batteries back to the grid (vehicle-to-grid, or V2G), which can be financially lucrative for owners who charge at the cheapest off-peak times and sell that electricity back to the network during the most expensive in-demand hours.