Leaded petrol was safe. Its inventor was sure of it.

Facing sceptical reporters at a press conference in October 1924, Thomas Midgley dramatically produced a container of tetraethyl lead – the additive in question – and washed his hands in it.

“I’m not taking any chance whatever,” Midgley declared. “Nor would I… doing that every day.”

Midgley was – perhaps – being a little disingenuous. He had recently spent several months in Florida, recuperating from lead poisoning.

Some of those who’d made Midgley’s invention hadn’t been so lucky, which is why reporters were interested.

On the Thursday of the week before Midgley’s press conference, at a Standard Oil plant in New Jersey, a worker named Ernest Oelgert started hallucinating. By Friday, he was running around the laboratory, screaming in terror.

On Saturday, with Oelgert dangerously unhinged, his sister called the police. He was taken to hospital and forcibly restrained. By Sunday, he was dead. Within the week, so were four of his colleagues – and 35 more were in hospital.

Only 49 people worked there.

‘The loony gas building’
None of this surprised workers elsewhere in Standard Oil’s facility. They knew there was a problem with tetraethyl lead.

As Gerald Markowitz and David Rosner note in their book Deceit and Denial: The Deadly Politics of Industrial Pollution, the lab where it was developed was known as “the loony gas building”.

Nor should it have shocked Standard Oil, General Motors or the DuPont Corporation, the three companies involved with adding tetraethyl lead to gasoline. 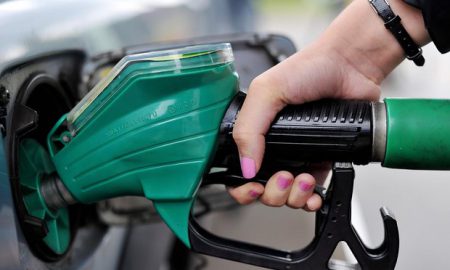 Fuel prices have risen as oil recovers to $40 per barrel (Image: N. Ansell/PA)

The first production line in Ohio had already been shut down after two deaths. A third plant elsewhere in New Jersey had also seen fatalities. Workers kept hallucinating insects – the lab was known as “the house of butterflies”.

Better working practices could make tetraethyl lead safe to produce. But was it really sensible to add it to petrol, when the fumes would be belched out on to city streets?

About a century ago, when General Motors had first proposed adding lead to petrol – in order to improve performance – scientists were alarmed. They urged the government to investigate the public health implications.

Midgley breezily assured the surgeon general that “the average street will probably be so free from lead that it will be impossible to detect it or its absorption”, although he conceded that “no actual experimental data has been taken”.

General Motors funded a government bureau to conduct some research, adding a clause saying it had to approve the findings.

Risky, but useful?
The bureau’s report was published amid the media frenzy over Oelgert’s poisoned workmates. It gave tetraethyl lead a clean bill of health and was met with some scepticism.

Under pressure, the government organised a conference in Washington DC in May 1925. The debate there exemplified the two extremes of approach to any new idea that looks risky, but useful.

In one corner: Frank Howard, vice-president of the Ethyl Corporation – a joint venture between General Motors and Standard Oil. He called leaded petrol a “gift of God”, arguing that “continued development of motor fuels is essential in our civilization”.

In the other corner: Dr Alice Hamilton, the country’s foremost authority on lead.

She argued leaded petrol was a chance not worth taking. “Where there is lead,” she said, “some case of lead poisoning sooner or later develops, even under the strictest supervision.”

Hamilton knew that lead had been poisoning people for thousands of years. In 1678, workers who made lead white – a pigment for paint – were described as suffering ailments including “dizziness in the head, with continuous great pain in the brows, blindness, stupidity”.

The Romans used lead in water pipes. Lead miners often ended up mad or dead – and some correctly intuited that low-level, long-term exposure was also unwise.

“Water conducted through earthen pipes is more wholesome than that through lead,” wrote the civil engineer Vitruvius, 2,000 years ago. “This may be verified by observing the workers in lead, who are of a pallid colour.”