The last year has been surprisingly positive for EVs. But a lot of cars that were due to be released in 2020 have slipped to next year. There are also new technologies looming in 2021 that will shift the EV market still further in the right direction. Here are some of the most significant things to watch out for in the world of electric cars in 2021.

Tesla Berlin Gigafactory And European Model Y
Just when it looked like the Model 3 would be the car that took Tesla into the mainstream, the Model Y arrived, with even greater success. But we still can’t get our hands on it in Europe, and it’s not likely to arrive until the end of 2021 or even 2022. A key factor in its delivery will be the Tesla Gigafactory in Berlin, which is due to come online in July 2021. This development has encountered numerous hiccups along the way, including some about its effect on wildlife, unexploded WWII bombs, and soil composition requiring a change of foundation type with new planning permission. 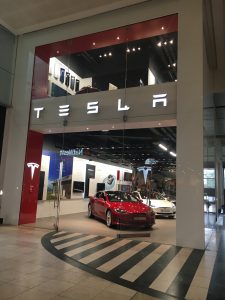 But when Giga Berlin comes online it will aim to build a quarter million cars a year in its first phase, and then onwards to three times that. The factory will produce batteries, battery packs and Tesla Model Y final assembly. According to announcements made at the Tesla Battery Day in September, the Model Y will be built a bit differently in Berlin, too. It will be made from a small number of very large metal cast parts – maybe just two for the main frame – and will have batteries that are structurally integrated to save on excess structure while increasing chassis stiffness. So the European Model Y, when it does arrive, could be even better than the one now on sale in the USA.

Rimac C_Two
There are several electric hypercars imminent – the Lotus Evija and Pininfarina Battista both look amazing, and there’s Tesla’s new Roadster too. But the Croatian Rimac C_Two, if it delivers on its promises, will be the one to beat. Rimac is boasting a top speed of 258mph and 0-60mph in 1.85 seconds from the C_Two’s 1,900hp motor. These figures are ahead of the competition and could mean the C_Two will even give fossil-fueled hypercars like the Bugatti Chiron something to think about, particularly in a drag race.

Tesla Model S Plaid
The Rimac C_Two will show just what is possible now with EVs, but at a starting price of €2 million ($2.45 million), few will have the chance to try it. More mainstream – if you call $132,990 affordable – will be the Tesla Model S Plaid, slated for late 2021. Slotting in above the Performance version of the S, the Plaid promises astonishing acceleration of less than two seconds to 60mph, a top speed of 200mph, and perhaps even more significantly, a range of over 520 miles on a single charge. The latter is likely to be the result of a larger 120kWh battery (the current model has 100kWh) allied with some of the new technologies announced at Battery Day 2020. Once the Plaid arrives, it should be the fastest accelerating production car on the market. And it’s still a hatchback with plenty of room for four adults.

Solid State Batteries
As Tesla’s emphasis on battery announcements above other areas indicates, this is the technology that is most significant for EV development. One of the cornerstones of Tesla’s success has been its battery production deals, particularly with Panasonic, and now the company is aiming to be a big manufacturer itself. But Toyota and VW might have an answer waiting in the wings in the shape of solid-state technology. Because it doesn’t use liquid electrolytes, solid-state battery technology is safer, charges faster, holds more power and lasts longer than traditional lithium ion battery designs.