Tesla, Uber, and utilities are consolidating their power in Washington.

One of the stranger things that has happened during the Trump administration—a category with no small amount of competition—is that the car industry and the oil industry have grown to resent each other.

This is more significant than it might seem. For decades, Detroit and Houston had a great, if unconventional, friendship: Car companies were well liked and well unionized, the makers of mechanized chariots that took Americans wherever they wanted to go, while oil companies were the grimier, greedier dealers of the magic juice that made those chariots run.

Automakers and oil companies grew up together, they hung out together, and they fought environmental and efficiency rules together. Their interests aligned: The more cars sold, the more oil burned; and the beefier the car, the more everyone made. Everyone benefited—except drivers, pedestrians, asthmatics, and future inhabitants of the Earth’s climate system, but where were those guys on the S&P?

But under President Donald Trump’s influence, the oil-and-gas industry has turned on car companies. First, it engineered a repeal of car-pollution rules that was so revanchist, so pro-carbon, the auto industry refused to support it. Then the White House killed a bipartisan deal to extend a tax credit for electric-car buyers, hurting Tesla, General Motors, and electrical utilities to the benefit of foreign automakers and the oil companies. American automakers were also walloped by Trump’s trade war with China. 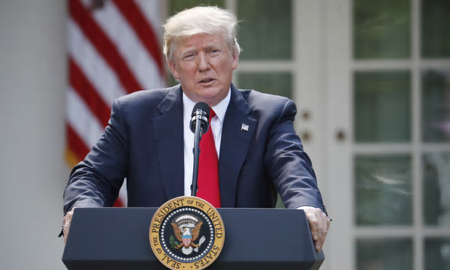 Some of this drama originated from plain old oil-company rapacity. But much of it arose from the coalition-splintering effects of electric vehicles, or EVs. For decades, oil-and-gas companies, automakers, and electric utilities have had a tight and mostly united set of interests in Washington. But EVs ruin that harmony: They pose an existential threat to oil majors, because each additional EV on the road depresses gasoline demand. But to automakers and utilities, they represent the next great market.

Now, as the administration turns over, this new dispensation is being formalized. The electric-car industry is getting a lobbying group.

“Our goal is to change politics so that every new vehicle sold by 2030 is an EV,” Joseph Britton, ZETA’s founder and director, told me. ZETA won’t look for regulation that requires anyone to buy an EV, he said. Instead, it will push for policy changes that make EVs irresistible to consumers.

In other words, ZETA will lobby Congress to build EV chargers, subsidize EV purchases, and help companies that make electric cars rapidly achieve scale. ZETA wants Congress to toss EVs virtually every kind of investment in its toolbox: A future stimulus bill, infrastructure package, and round of tax cuts could all be made to help nourish the EV industry.

Such help is necessary, Britton said, for more than climatic reasons. China, as I wrote last week, has poured billions into its EV industry, with hopes of taking a greater share of the global auto market from the U.S. and Europe. And the early pandemic shortages of tests and protective gear showed the drawbacks of a denuded industrial base. A vigorous EV industry can reestablish the power of American manufacturing—and offer the one thing that no lawmaker can turn down, Britton said: “We can create jobs in every congressional district in the country.”

Tesla and Uber are among the 28 inaugural members of ZETA. So are the electric-truck start-ups Rivian and Lordstown Motors, and the utilities Southern Company, PG&E, Duke Energy, Con Edison, and Salt River Project.