Sainsbury’s, Asda and Waitrose are members of a group that lobbies against clean air measures while trumpeting their green credentials, an investigation has found.

The supermarket giants are “powerful” affiliates of Logistics UK, which has lobbied against clean air zones in UK cities and lists one of its policy achievements last year as delaying six clean air zones “for as long as possible”, according to Desmog, an environmental investigations website.

They are among 20 members that form a well-organised opposition to many of the UK’s clean air measures, including driver groups and car manufacturers, it’s claimed. 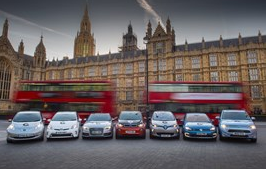 The investigation also found dozens of links between the umbrella groups and MPs of all parties.

An internal document produced by Logistics UK – formerly the Freight Transport Association (FTA) – outlines its 2019 policy achievements, including: “Due to FTA lobbying, six city clean air zones (CAZs) or air quality schemes, including London’s ultra low emission zone (Ulez), have had their start dates delayed for as long as possible.”

The document then lists delays to or watering-down of clean air schemes in Southampton, Greater Manchester, Birmingham, Leeds, Derby, Cardiff and Oxford. In the latter case, it says: “Following calls from FTA, revised plans for Oxford city council’s proposed zero-emission zone show the hours of operation will be changed from 24/7 to between 10am and 6pm instead.”

“Derby city council agreed with the FTA recommendation to avoid the introduction of a CAZ and instead work on achieving compliance with air quality standards through other measures (eg traffic management plans),” it reveals.

And Cardiff city council announced it would not be implementing a clean air zone “consistent with FTA’s campaigning”, the round-up states.

The FTA argued that plans for a CAZ in Newcastle would hurt local businesses, saying clean air zones “do not provide any lasting benefit to air quality”.

In response to a consultation on London’s ultra-low emission zone, it called for the introduction to be delayed to allow operators more time to comply, and argued that it was counterproductive.

Air pollution is responsible for an estimated 40,000 premature deaths a year in the UK, doctors say.

The FTA was also a founding backer and funder of Fair Fuel UK, a pressure group that says “air quality alarmism is being used to attack motorised transport via regressive taxes”.

Desmog said supermarkets were among the most powerful of Logistics UK’s members, and, “as consumer-facing businesses responsible for huge amounts of freight traffic, they have a particular responsibility to do what they can to curb air pollution, especially with home deliveries on the rise under Covid-19”.

In January, Sainsburys committed to becoming Net Zero by 2040, promising it would increase the percentage of its fleet using alternative zero and low-carbon fuels to 20 per cent by 2025.