THE issue of climate change is beginning to impact the ‘crude’ horizon.

Last Tuesday, at its “Battery Day” Tesla unveiled plans to develop an in-house, “tabless” battery. This battery would improve the range and power of its electric cars, Tesla CEO Elon Musk announced. It could dramatically reduce costs and lower the cost per kilowatt-hour of Tesla cars significantly. It would allow Tesla to eventually sell electric vehicles for the same price as gasoline-powered ones, Musk emphasised. Many experts agreed, saying it could allow Tesla to lower the price of its cars, making them far more accessible.

Interestingly, while car sales collapsed in Europe owing to the pandemic, sales of electric vehicles (EVs) continued to grow. And this does not defy logic. The purchase prices of EVs in Europe are coming tantalisingly closer to the prices for cars with gasoline or diesel engines.

Government subsidies are largely responsible for this near price parity, cutting more than $10,000 from the final price. Carmakers are offering deals on electric cars to meet stricter European Union regulations on carbon dioxide emissions. In Germany, an electric Renault Zoe can be leased for 139 euros a month, or $164, reports indicate.

The recent advances in batteries are going to make the price gap between the internal combustion engines and EVs still less. A few years ago, the industry was expecting 2025 to be the turning point. Now, this could be earlier. 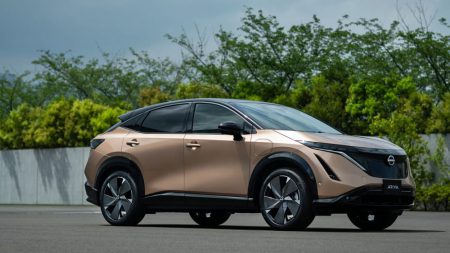 Another possible area of crude consumption was the use of crude as a feedstock to produce petrochemicals. That is also now under clouds. Green, or sustainable, chemistry could undermine Big Oil’s petrochemical ambitions, especially in an increasingly environment-conscious world writes Tsvetana Paraskova in Oilprice.com.

The chemical sector is the largest industrial consumer of both oil and gas, accounting for 15 per cent, or 13 million barrel per day, of total primary demand for oil on a volumetric basis and 9pc of gas, according to the International Energy Agency (IEA).

Chemical sector emissions need to peak in the next few years and decline towards 2030 to stay on track with the Sustainable Development Scenario (SDS), the IEA says.

British Petroleum has announced increasing investments in low-emission businesses tenfold, to $5 billion a year, while shrinking its oil and gas production by 40pc over the next decade. Eni of Italy, Total of France, Repsol of Spain, and Equinor of Norway have set similar targets. Several of those companies have cut their dividends to invest in new energy.

Dutch oil major Shell is looking to slash as much as 40pc of its upstream oil and gas operations as it is redesigning its business toward a greener portfolio, sources in Shell involved in the costs review told Reuters. Shell is reported to be planning significant restructuring by the end of the year to reflect its net-zero emissions goal for 2050. However, their US counterparts, ExxonMobil and Chevron, for the time being, appear committed to fossil fuels.