I always knew that running an electric car as a long-term test vehicle would be something of an education, but I wasn’t prepared for quite how much it would change my perception of motoring.

Now, as I’ve waved goodbye to the BMW i3 after four months, I’ve had a chance to reflect on what EV ownership was really like. And do you know what? I’ve loved it.

It seems I’m not the only one who has been making the switch either – many new car buyers are currently snapping up alternatively fuelled vehicles. 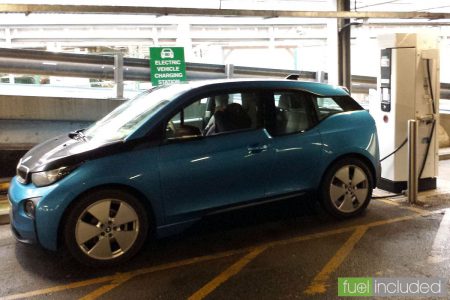 In the latest new car sales figures for October, battery-electric and hybrid vehicle sales accounted for one in 10 registrations for the first time ever. It appears more and more people are ditching diesel- and petrol-powered cars to switch to these new options.

So what will these new owners be looking forward to? Well, for a start they’ll soon find they are very different to drive. The silence is the first thing that strikes you, and I very quickly grew to love the swift acceleration combined with just a little wind noise as the i3 leapt towards the horizon.

Much has been written about the silence of electric cars, but at low speeds they do actually make a very satisfying hum – the i3 sounded like a muffled Tube train leaving a station as it speeded up.

I’m a huge fan of the BMW’s turning circle too. London taxi-like in its ability to spin around, it made parking it a doddle, and now I’m back in a ‘normal’ car I’ve struggled to adapt, often misjudging reverse parking manoeuvres by an embarrassing margin.

But what people will really want to know is how I’ve coped with the charging and range. Let’s deal with those in order. Charging-wise, I’m amazed at how well I’ve adapted, considering I don’t have access to a home charging point.

At work, I only have a three-pin outside plug to top it up with too, which takes a full 15 hours to completely recharge the BMW from flat. The reality, though, is this never happened. I simply topped the car up every day while I worked, and this was pretty much enough to keep it always fully charged.