They are on the cusp of potentially dominating tech era

It’s no secret that the world is heading in the direction of pollution-free electric vehicles with many European and Asian countries already pledging to go electric within the next 20 to 30 years. However, it’s possible that this transition could be fast-tracked by our spending habits and constant need of the latest technology.

This is still the case, despite Tesla going through its fair share of criticisms in recent months. There being dips in sales, issues with their battery providers, controversy through chief executive Elon Musk’s Twitter usage and of course, underwhelming first quarter revenue returns. All of this has caused many investors to lose faith in the company. The only question we have to ask ourselves now is, is this loss of faith justified or a premature bailout during troubled times? 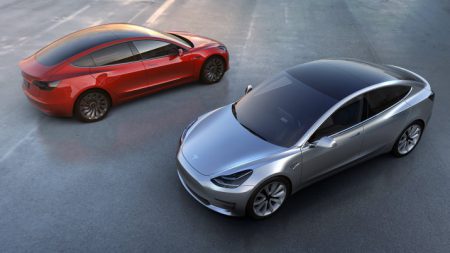 Despite all the criticism involving Tesla, electric cars are still widely considered the future. But before investors or business owners planning to switch to electric could seriously consider anything to do with this so called “future,” we need to consider why electric cars are on the cusp of potentially dominating tech era.

The last decade was all about the smartphone revolution, and before it was the dotcom era. Now, in 2019, it is believed the smartphone era is ending.

Therefore, we could slowly move our sights on to the next big technological advancement. Already, Uber has invested over $500 million into electric and driverless cars. Just imagine how much money ride-share companies like Uber would save annually not paying drivers.

What’s more, businesses that use many vehicles daily can also potentially save a ton of cash. This is because unlike gasoline cars, electric vehicles require less maintenance. This highlighted on Tesla’s website: “Tesla cars require no traditional oil changes, fuel filters, spark plug replacements or emission checks. As electric cars, even brake pad replacements are rare because regenerative braking returns energy to the battery, significantly reducing wear on brakes.”

In addition, our obsession for revolutionary technology, especially upgrading technology regularly, is something that can really make electric vehicles fast track from the future to present sooner than expected. It has become almost unusual for consumers to allow technology to linger around for too long nowadays.