HYUNDAI has released details and pictures of the updated Ioniq Electric car which has more range, updated styling, and a few other new features.

Hyundai has unveiled the new Ioniq Electric car which has a number of modifications and tweaks to make it more compelling than before.

Of the changes to the updated Ioniq Electric car, the most important of them is a new battery pack which allows for more overall range. 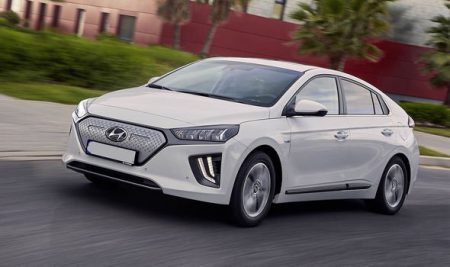 The size of the battery pack has increased from 28kWh to 38.3 kWh which now allows a total range of 182-miles of WLTP of range on a single charge.

This is an increase of the previously claimed 174-miles, and what was claimed in WhatCar’s? Real Range data which stated that the car has an estimated useable range of 117-miles.