As Formula E kicks off its fifth season on December 15, huge automakers like Porsche, BMW, and Mercedes-Benz are finally joining the electric-racing circuit. Is this the beginning of the end of internal-combustion racing?

The German automaker rattled the racing industry when it announced it was pulling out of Le Mans Prototype 1, the top class of the FIA World Endurance Championship (WEC). Even if you haven’t heard of this league, you have heard of its premier event: the 24 Hours of Le Mans, known as the Super Bowl of auto racing for the past 90 years. Nevertheless, Porsche is disassembling its LMP1 team to prepare for a leap to Formula E, the all-electric racing series, for its 2019/20 season.

Following Formula E’s debut four years ago, plenty of auto enthusiasts saw the circuit as a fool’s errand—surely motorsports fans raised on the roar of internal combustion would never love the zip and whine of electric cars rounding a track. But the league has risen from side attraction to headliner event, and it’s happening because Porsche is just one of many manufacturers shifting resources from combustion-engine racing to electric. Audi ditched Le Mans a year ago to enter Formula E, and Nissan, BMW, and Mercedes-Benz are also entering the electric circuit, which begins its fifth season on December 15. It’s a big step up for Formula E from its first season, when only a single automaker, Renault, was involved as a factory team. 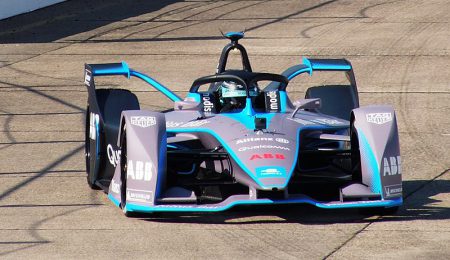 Why? Racing isn’t just sport and frivolity. Car companies put hundreds of millions of dollars each year into motorsports to develop technologies that trickle down to the cars we drive on the street, technologies that let future family sedans use more fuel-efficient engines or let SUVs send less pollution out the tailpipe. Dollars always lead back to the company’s main business of selling road vehicles.

So, in an era when car companies are pledging to electrify their entire lineups in the 2020s, it shouldn’t come as a surprise that those companies want to invest their racing dollars in electric tech. Rather than EVs and hybrids complementing the main business of selling combustion road cars, EVs are to become the main business.