Volkswagen AG expects the era of the combustion car to fade away after it rolls out its next-generation gasoline and diesel cars beginning in 2026.

Traditional automakers are under increasing pressure from regulators to reduce carbon-dioxide emissions to combat climate change, prompting Volkswagen to pursue a radical shift to electric vehicles. 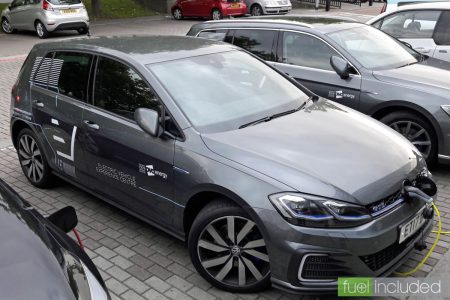 “Our colleagues are working on the last platform for vehicles that aren’t CO2 neutral,” Michael Jost, strategy chief for Volkswagen’s namesake brand, said Tuesday at an industry conference near the company’s headquarters in Wolfsburg, Germany. “We’re gradually fading out combustion engines to the absolute minimum.”

The world’s largest automaker has started to introduce its first wave of electric cars, including next year’s Porsche Taycan. The rollout across its stable of 12 automotive brands is forecast to comprise about 15 million vehicles, as the company earmarks $50 billion over the next five years to spend on its transformation to self-driving, electric cars.

Production of the VW brand’s I.D. Neo hatchback will start in 12 months in Germany, followed by other models from the I.D. line assembled at two sites in China as of 2020. VW plans to launch fully or partly electric versions across its lineup of more than 300 cars, vans, trucks and motorbikes by 2030.