DETROIT — General Motors wants to end production of all diesel- and gasoline-powered cars, trucks and SUVs by 2035 and shift its entire new fleet to electric vehicles as part of a broader plan to become carbon neutral by 2040, the company said Thursday.

GM’s announcement comes a day after President Joe Biden signed a series of executive orders that prioritize climate change across all levels of government and put the U.S. on track to curb planet-warming carbon emissions.

Shares of GM increased as much as 7.4% during intraday trading Thursday morning to $53 a share. As of midday Thursday, shares were up about 4%. GM has a market cap of about $73 billion.

For several years, GM has touted a guiding “triple zero vision,” including a future with zero emissions through electric vehicles, but it never announced a time frame. The other goals include zero congestion and zero crashes through advanced safety technologies and self-driving vehicles. 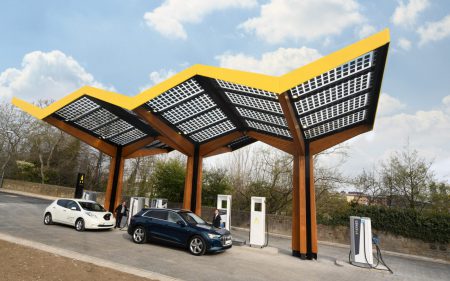 “For General Motors, our most significant carbon impact comes from tailpipe emissions of the vehicles that we sell — in our case, it’s 75 percent,” GM CEO Mary Barra said in message on LinkedIn. “That is why it is so important that we accelerate toward a future in which every vehicle we sell is a zero-emissions vehicle.”

The company characterized its 2035 EV goal as an “aspiration,” citing regulations, infrastructure and other factors need to come together for the plan to be achieved. David Friedman, vice president of advocacy at Consumer Reports, criticized the automaker’s lack of commitment to the goal.

“Strong aspirations are important and inspirational, but firm production plans and strong policies are what move the market and the climate,” he said in a statement.

Electric vehicles, including battery-electric and fuel cell-powered vehicles, are currently a niche segment of the global automotive industry, estimated at less than 5% of sales by analysts. EVs are more costly to produce than those with internal combustion engines due to the battery and fuel cells that power the vehicles. But automotive executives and analysts are bullish that EVs, led by stricter regulations to reduce carbon emissions, are the future for the automotive industry.

Dane Parker, GM chief sustainability officer, reiterated that the company plans to be profitable in its transition from vehicles with traditional internal combustion engines to EVs.

“We feel this is going to be the successful business model of the future,” he said during a media briefing Thursday. “We know there are hurdles, we know there are technology challenges, but we’re confident that with the resources we have and the expertise we have that we’ll overcome those challenges and this will be a business model that we will be able to thrive in the future.”

GM has already announced plans to shift three of its U.S. plants to produce electric vehicles. Parker said the company is “excited” about the transition at its other plants.