Between 2023 and 2025, electric vehicles (EVs) will reach the “tipping point” of rapid mass adoption. In 2020, global sales rose 43% compared to the year before. That growth is expected to accelerate as battery prices continue to fall, bringing the cost of EVs down to the equivalent of or below petrol and diesel models – even without subsidies.

McKinsey’s Global Energy Perspective 2021 predicts:
“Electric vehicles are likely to become the most economical choice in the next five years in many parts of the world.”

Norway has already passed the tipping point thanks to tax breaks making electric cars cheaper than gas-powered vehicles. The Nordic country’s market share of battery-powered vehicles reached 54% last year. In most other European nations, that figure is still less than 5%.

Professor Tim Lenton of the University of Exeter explained:
“There’s been a tipping point in one country, Norway, and that’s thanks to some clever and progressive tax incentives. Then consumers voted with their wallets.” 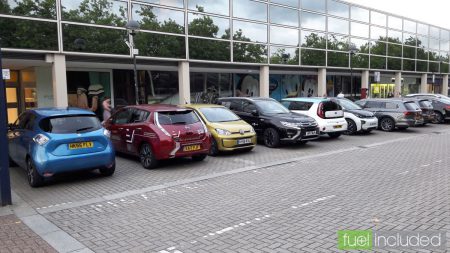 Lenton said:
“Once the line of price parity was crossed, bang – sales go up. We were really struck by how non-linear the effect seems to be.”

While Lenton predicts lithium-ion battery costs will fall enough that EVs will match petrol and diesel cars’ prices by 2024-2025, BloombergNEF’s analysis suggests it could be as early as 2023.

Although, as of last year only 4,2% of new cars were electric. But moves like President Joe Biden vowing to swap the entire government fleet of vehicles and trucks to electric models should help us reach the tipping point faster.

James Frith, BloombergNEF’s head of energy storage, said:
“Government grants and tax breaks have cut the cost of electric cars in some countries, but the point when they become cheaper without subsidies is key. That’s definitely an inflection point. [Then] we really see the adoption of electric vehicles taking off and real market penetration.”