Tesla currently has a very clear technological lead over its competitors. One teardown in 2020 estimated it to be six years ahead of Toyota and VW. There seems no stopping the share price of the company either. In fact, Tesla doesn’t just have a higher market cap than Toyota, it’s nearly four times as much now and recently passed Facebook to become the fifth most valuable US company. But although Tesla is awash with investor cash and producing cars that have significantly more range and performance than other vendors, there are signs already that its market lead is eroding, and competitors are starting to catch up.

One of the first indications is just how well Volkswagen is already doing with its new ID.3 compact car in Europe. It was the best-selling EV in Europe in October. The Tesla Model 3 is still way ahead as the best-selling EV globally and has now sold more units than the Nissan Leaf, despite the latter just reaching its tenth anniversary where the Model 3 isn’t even four yet. But in Europe in November 2020 the Renault Zoe came top, with the ID.3 second and the Hyundai Kona Electric third. The Tesla Model 3 was fourth, and the Model S and X weren’t even in the top 20, whereas the technically inferior Audi e-tron was. This is causing some concern with European investors.

Part of the problem is that Tesla is still targeting a relatively premium end of the EV market, with its cheapest vehicles in the USA still around the $40k mark, and more expensive in Europe. To hit much higher volumes, it sorely needs a smaller, cheaper car for greater mass market appeal. The Model Y is in the crossover / SUV format, which is more popular than “mid-sized sedans” like the Model 3. But it’s no cheaper and still won’t compete in the same segment as the Renault Zoe, VW ID.3 or Hyundai Kona.

Tesla is rumored to be gearing up to build a new car in China already, which some have mooted could be the much-anticipated $25,000 Model 2. But where a $25,000 car sounds like decent value in the West, there are already plenty of cars on sale in China for less than this, and not just tiny urban-only vehicles like the infamous Wuling Hong Guang Mini EV. The BYD e2 is close to $20,000 before any subsidies, yet still offers a very respectable 190 miles of NEDC range. 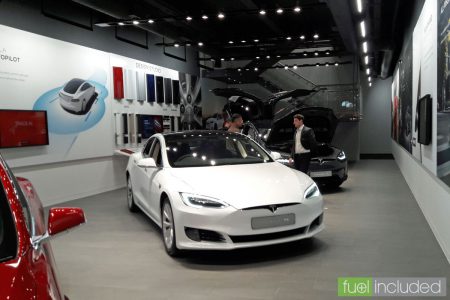 Last week, I highlighted some of the Chinese cars that we are likely to be seeing come out of China into the US and European markets in 2021 – a couple of which have arrived already like the Polestar 2 and MG5 EV. These will not only be competitively priced but extremely well specified as well. There’s a good reason for Chinese EVs to be looked upon as the biggest competitor in the market, too. The huge range of increasingly capable EV models is there to fulfil a local need. A big explosion in the size of the Chinese EV market is expected in 2021, which will become larger than the rest of the world put together by unit volume, if not value.

Whatever the value of Tesla as a company, it could have had its day in the sun already as biggest EV gorilla in the room. Green and high technology hedge fund Snow Bull Capital has made some very telling predictions about the future of EV sales. In 2020, Tesla just fell short of selling its target of half a million cars, which is incredible considering the youth of the company. Snow Bull expects its sales to peak at just under 7 million cars by 2031. But then it will decline, and more tellingly, the estimate is that Tesla’s market share of EVs has already peaked in 2020 at around 23% and will reduce to 8% by 2040, as other vendors pick up volume.

I already argued a month ago that 2020 was the year EVs came of age, and lots of big players are taking notice. Apple appears to have resuscitated its plans for an autonomous EV, Sony has teased some more details and videos of its Vision-S concept, and NIO recently launched its ET7, which could really take the battle to Tesla thanks to a 150kWh solid-state battery that allegedly will provide over 1,000km (620 miles) of NEDC range. Then there’s the Lucid Air, due to arrive this year, which could be a Tesla Model S killer, particularly as its CTO was formerly the chief engineer at Tesla behind the Model S.

One of the many areas where Tesla currently has a very clear lead over the competition is battery technology and the efficiency it can extract from its power packs. As an example, the Tesla Model 3 Standard Range Plus manages 267 miles out of a 54kWh battery, whereas the VW ID.3 requires 58kWh to go 263 miles – and the ID.3 is over 100kg lighter, too. At Tesla’s Battery Day last year, the company announced a host of technological developments, but in particular a new cell type called 4680, which will see limited initial delivery in the Tesla Model S Plaid this year.

Although batteries are becoming inexorably cheaper, the 4680 will accelerate that greatly once it enters mass production. The battery cost of $100 per kWh has long been considered the magical point where EVs start being cheaper than internal combustion engines. Tesla’s current Panasonic 2170 cell technology isn’t expected to hit that point until 2022/23, and being new tech, the 4680 will take a bit longer. By 2024 it will significantly undercut the 2170 per kWh.