History is full of Black Swan moments, where everyone expected life to carry on as it had done for decades and then it didn’t. Nassim Nicholas Taleb popularized the term with his book of that title, published in 2007, just in time to make it look like he foresaw the 2008/9 stock market crash, which he claims he hadn’t. The 9/11 attacks were a Black Swan event, and the Coronavirus pandemic has been a Black Swan event (for some, at least). But there’s another darkly hued large aquatic avian just spreading its wings right now: electric vehicles.

Many incumbent car manufacturers have not been taking the EV revolution seriously, and only now are they starting to realize their mistake. It could be too late for some of them. If you have been working in the digital technology business for the last couple of decades, this won’t be such a surprise. Disruption has been the nature of anything involved with technological change for millennia, but it has accelerated considerably in the digital age.

The Internet now feels like it has always been around, but 20 years ago nobody really knew the effects it would have. Yet so many areas have been revolutionized by online connectivity. Magazine and newspaper publishers have seen their circulations plummet, and only those brands that have been able to make the transition to online models have persisted, such as the one you’re reading now. Retail, taxi firms, holiday letting, travel agency, and so many other areas have also had to reconfigure themselves in a matter of decades due to the unexpected arrival and impact of the Internet. Not all these effects have been good. The toxicity of social media has had a seriously negative influence on our society and culture, which we haven’t yet worked out how to remedy. But the consequences of online connectivity are here to stay. 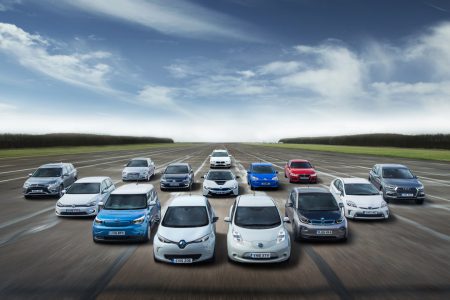 EVs are going to have the same disruptive consequences. Over a million EVs were sold in Europe in 2020, are projected to hit 585,375 in 2021 in the US, and sales are strong in China too. Companies and individuals with a lot invested in the traditional fossil fuel industries are now starting to react in typical fashion, by attempting to discredit what they perceive as a threat. There was the infamous #AstonGate incident in the UK, where a very dubious report backed by Aston Martin among others twisted facts to argue that EVs are actually more polluting than fossil fuel vehicles (only when first produced, and over their lifespans not at all).

An American journalist for TorqueNews, who seems to mostly write positive stories about Toyota and Mazda vehicles, used a couple of examples of people buying RAV4 Prime cars to replace Teslas to imply that hybrids are universally better. In contrast, less anecdotal research in the UK by Zap-Map recently showed that only 1% of EV owners actively wanted to go back to fossil fuel, and 91% said they never would.

Another hit-piece by an American Spectator journalist rehashes the tedious trope that recharging EVs takes too long. This article is based on a common misunderstanding that is found frequently on social media. The argument goes that because an EV can’t do 4,000 miles in a day with just one two-minute refueling stop halfway like their diesel-powered SUVs then they’re entirely useless. The misconception is that EVs replace their internal combustion equivalents in an entirely like-for-like way. But there are differences in EV ownership lifestyle.

Although EVs drive like fossil-fuel cars and perform the same functions, the refueling routine is not the same. Most people don’t drive hundreds of miles in one go more than a couple of times a year. So home charging will be more than enough, and will mean they almost never have to go to a dedicated refueling stop at all. Not everyone will have access to home charging, but EV chargers are much cheaper than petrol pumps, so it is entirely feasible to kit a large proportion of a parking lot out with them so your trip to the shopping mall or leisure center will be enough to keep your car topped up while you do something else. The American Spectator article ironically argues that you wouldn’t wait 15 minutes for your hamburger, but if you ate that meal onsite your visit would take longer than that – more than enough to top up an EV using 150kW DC charging or better. Any long trip requires breaks, and most EVs will charge up more than enough in the time it takes to grab a snack.

Perhaps most insidious of all is the “self-charging hybrid” ad campaign that seems to imply hybrids can replenish their batteries using magic. This is very clearly an attempt to stall pure EV purchasing and comes from companies that are way behind on developing their own pure battery-electric strategy due to not taking the threat from Tesla seriously when it first became evident. But at best this campaign will just mildly forestall the inevitable.