Nissan is celebrating a decade-long history of the all-electric Leaf, which hit the streets in late 2010 becoming the world’s first mass-market electric vehicle.

The milestone anniversary has caused the company to take a moment to reflect upon the impact that the modest electric hatch has had upon the transition to zero emissions transport, as well as the upgrades the Japanese car makers has made to the Leaf during its 10 years.

“Over the past decade the journey of transformation with the Nissan Leaf represents the true innovation and advancements of EV development at Nissan,” said Helen Perry, head of electric vehicles at Nissan Europe.

With 500,000 Leafs now sold worldwide as of September, the unassuming electric hatch became a “debunker of myths and conceptions” that “kick-started” electric mobility, said Nissan.

Nissan has highlighted the increase in battery size and driving range, now up 160% and 120% respectively from the first year of release.

When the Leaf was first introduced in 2010, its 24kWh was rated for 117km driving range by the US-based EPA. Known as “ZE0”, the first generation Leaf had various system upgrades in 2014-2015 to achieve a slightly higher 135km driving range. 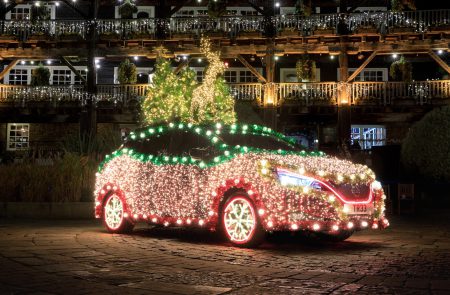 Nissan has since then greatly improved the battery size and hence also driving range. The “ZE1” second generation Leaf was the first to upgrade to a 40kWh battery with up to 240km driving range in 2018.

In 2019, Nissan announced it would also release a “long range” Leaf with 62kWh battery that could drive up to 364km on a single charge according to EPA “real world” figures.

“These increases have ultimately boosted customers’ confidence on the road,” says Nissan.

The company is also celebrating the Leaf’s claim as the first all-electric vehicle to win “World Car of the Year” title in the 47-year history of the prestigious awards.

In Australia, the Leaf made a return in 2019 after being pulled from the market in 2015, with then Nissan Australia managing director Richard Emery lamenting the lack of federal government support for EVs in Australia to help make electric vehicles more affordable.

While Australia is still waiting for a federal strategy on the adoption of electric vehicles, Nissan decided to re-introduce the new 40kWh Leaf in mid-2019 when it became one of few EVs on the local market priced under $50,000 before on-roads.

More recently, Nissan finally promised the long-range 62kWh Leaf e+ would be introduced locally in 2021 – but not before one couple imported their own privately under new grey import rules.

The Leaf is singular on the market in that it has bidirectional charging capabilities, and 51 Leafs are now being used in an ANU trial to assess their potential as mobile batteries to help smooth grid peaks and troughs.

It has been used in Japan to help provide power after natural disasters, and was recently re-imagined as an emergency vehicle by Nissan.