The Government should enforce new rules that require 15 per cent of all new cars sold by manufacturers to be fully electric vehicles, according to a campaign group. 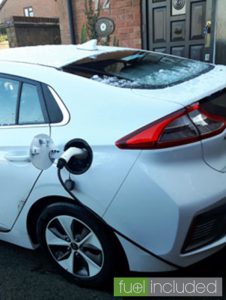 It said the Government has allowed ‘corporate failure’ in recent years, with auto firms permitted to market gas-guzzling SUVs when cleaner vehicles should be promoted.

A calculation has revealed which on-sale electric models cost the least to drive 100 miles – find out which cars top the charts below.

Lat year, just 1.6 per cent of all new cars bought in the UK were Battery Electric Vehicles (BEVs).

However, the market share of BEVs is much higher so far this term, with more drivers making the switch to zero-emission cars already in 2020 than they did in 2019 as a whole.