Consumers are increasingly turning to electric vehicles – and they’re liking it, said BMW’s chief lobbyist in Europe, calling on policymakers to accelerate charging infrastructure deployment to support the roll-out of electric mobility on a mass scale.

“Our customers, what do they do? The good news is that they are starting to buy electric vehicles,” said Andreas Klugescheid, head of external affairs at the BMW Group, referring to plug-in hybrids as well as fully electric vehicles.

The EU’s newly-adopted CO2 emission standards for cars mean “there is no way around electrification,” he told the audience at a EURACTIV event, held in the automaker’s flagship Brussels store on Wednesday (6 November). 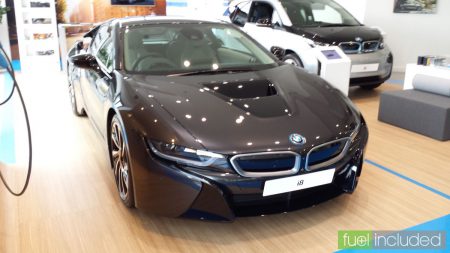 In contrast to rival carmaker Volkswagen, BMW has opted for a softer transition to electric mobility. While Volkswagen plans to build 22 million EVs over the next ten years, BMW has hedged its bets on plug-in hybrids as well as fully-electric vehicles. And Klugescheid didn’t rule out other alternatives, saying hydrogen and eFuels will also play a key role in decarbonising transport, especially for long-haul, heavy-duty trucks.

But when it comes to personal cars, the battery electric vehicle stands out as a clear winner.

“People start to buy these vehicles. And they’re happy with them,” Klugescheid said. But the infrastructure does not follow customers’ expectations, he warned, calling on policymakers to accelerate deployment of charging points across Europe.

“The next charging point is 30km away from our house,” Klugescheid said. “And not everybody owns a house with a good charging infrastructure,” he pointed out. “So the message is clear: infrastructure is a topic” if Europe wants electric vehicles to be adopted on a mass scale.

Things are moving forward, however. On Monday, German automakers met with top government representatives and agreed to roll out 1 million charging points for electric vehicles across the country by 2030.