As recently as 10 years ago, people laughed at the idea of an electric vehicle being a viable mode of transportation for a daily short-haul driver, let alone one who goes on long road trips.

They were mocked as unsafe, unreliable, and able to only travel very short distances before requiring a ton of time to recharge.

Fast forward to today. Technological advancements in batteries used in electric vehicles now allow you to travel long distances. Charging is quick and seamless. And electric car company manufacturers like Tesla have shown they’re a viable (even preferable) alternative for daily drivers, winning awards like MotorTrend’s Car of the Year.

Electric vehicles can also be much more economical. I personally own a Tesla Model S, and it has saved me over $500 a month on gas. Over an 8-year period of ownership, that will add up to $48,000. 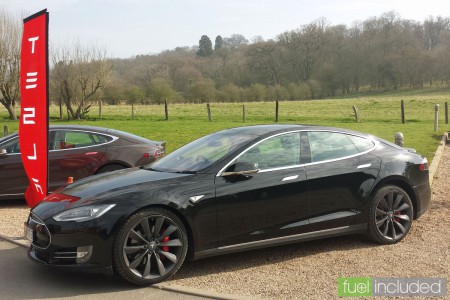 To give you confidence that an electric vehicle can be used for traveling long distances, we’ll go over current trends and options, as well as some of the pros and cons compared to traditional gasoline-powered vehicles.

If you’re thinking about going electric, you can choose between a hybrid car or a fully electric vehicle.

Hybrid vehicles use two different types of power. The most common ones combine a gasoline-powered engine with an electric motor. Some of the most efficient hybrids have a fuel efficiency rated as high as 60 mpg on the highway, according to CarsDirect. That’s a lot higher than the overall average U.S. vehicle fuel economy, which Reuters says is 24.7 mpg.

Fully electric vehicles, however, deliver the most in terms of fuel efficiency. Vehicles like the Tesla Model 3 have been rated as high as 136 mpg equivalent (the EPA energy measurement for electric vehicles), and can save you tons of money you would otherwise spend on gas.

Road trips in an electric vehicle

With technological advancements in batteries, electric vehicles can now go just as far on a charge as gasoline-powered cars can on a tank of gas.