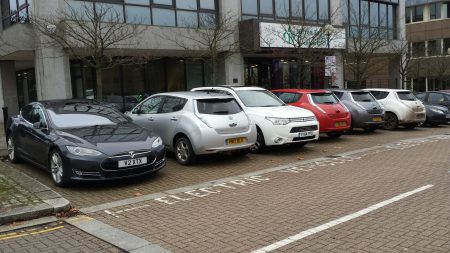 Renault and Bolloré are joining forces to promote electric vehicles (EVs) as part of three agreements relating to industrial cooperation, the founding of a joint-venture to sell EV car sharing solutions and a feasibility study on the development of a specific new Renault vehicle for car-sharing plans.

The Bolloré Group has commissioned Renault for its expertise in electric cars to gradually take over assembly of the Bluecar, formerly built solely in Italy. The vehicles will be assembled at the Renault plant in Dieppe (Normandy, France) from the second-half of 2015. For the Dieppe plant, this decision is an acknowledgement of its expertise and a promise for its future activity.

The Dieppe plant specialises in building vehicles in small series. It currently builds Clio Renaultsport and is set to build the future Alpine, scheduled for launch in 2016. The Dieppe plant will be able to rely on the expertise of the Renault group in electric vehicles to acquire the skills necessary to assemble this type of vehicle.

A new final assembly workshop will be set up specially within the plant to build these vehicles. The Bolloré group will thus have access to modern production tooling tailored to its requirements and delivering a significant reduction in costs.