A new charge point operator, Drive Energi, is pledging to install 2,500 chargers in the UK by 2025.

Each site on the proposed network is to have two 50kW Tritium Veefil-RT chargers and a number of 22kW chargers, according to plans put forward by Drive Energi yesterday.

Tritium would provide 24 hour support to the network, which Drive Energi said will be a mix of public and private charging. 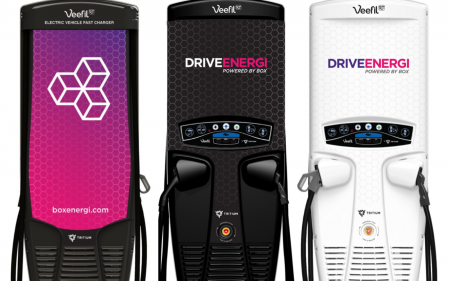 Drive Energi has been in development for the last 12 months by Box Energi, which also provides energy storage and computing services, CEO James Moat said.

Moat claimed the company has 5,000 locations secured in the UK which have been undergoing assessment and said it chose Tritium’s chargers as they are “reliable, robust and trustworthy”.

“These chargers are not only the fastest and most advanced in their class, but incredibly easy to use and, with the world’s smallest physical footprint, to deploy as well – particularly in our cities and high-density areas where space is increasingly limited.”